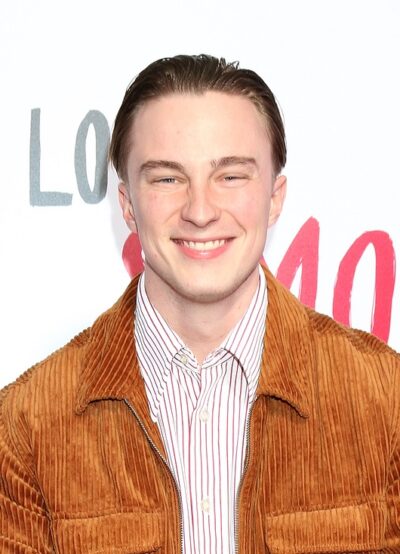 Drew Starkey is an American actor. His roles include the shows Outer Banks and Scream: Resurrection.

Drew’s paternal grandfather is David Edgar Starkey (the son of Alfred Edgar Starkey, Sr. and Hazel Noble). Alfred was the son of Ollie Brown Starkey and Rachael Annie Bennett, and had deep roots in the U.S. Hazel’s mother may have been named Alice.

Drew’s paternal grandmother was Alice Louise Moffett (the daughter of Charles Hull Moffett and Marion Emma Hutton). Alice was born in Rolette, North Dakota. Charles was born in Pyongyang, now North Korea, to American Presbyterian missionaries, The Rev. Samuel Austin Moffatt and Dr. Mary Alice Fish, who both partly had deep roots in the U.S. Marion was the daughter of Peter Hutton, whose father was Scottish, and of Etta Louise Ellrich, whose grandparents were all German immigrants.

Drew’s maternal grandmother was Shirley Bostian Hefner (the daughter of Bennett Hill Hefner and Flora Josephine Ferris). Shirley was born in Charlotte, North Carolina, and had deep roots in the U.S. Bennett was the son of William Troy Hefner and Aletha Olivia Bostian. Flora was the daughter of William Lee Ferris and Harriet Matilda Richards.