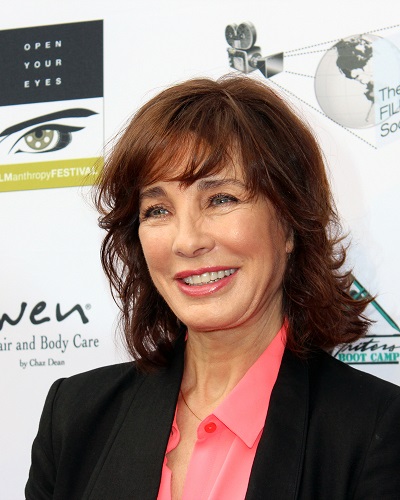 Archer in 2012, photo by Prphotos.com

Anne Archer is an American actress. She is the daughter of actors John Archer (born Ralph Bowman) and Marjorie Lord (born Marjorie F. Wollenberg). Anne is married to Terry Jastrow. She has a son, financial executive Tommy Davis, with her former husband William Davis; and a son with Terry.

Anne’s paternal grandfather was Joseph Emmett Bowman (the son of William Sylvester Bowman and Anna/Annie Longmire). Joseph was born in Tennessee. William was the son of Tilman Howard Bowman and Mary Lambdin. Anne’s great-grandmother Anna was the daughter of Jordan Franklin Longmire and Mary “Polly” Sharp.

Anne’s maternal grandmother was Lillian Rosalie Edgar (the daughter of William F. Edgar and Elizabeth/Eliza L. Lord). Anne’s grandmother Lillian was born in California. William was born in Iowa, to a Bohemian [Czech] father. Elizabeth was born in Chile, to German parents, with her mother’s name being Rosalie.