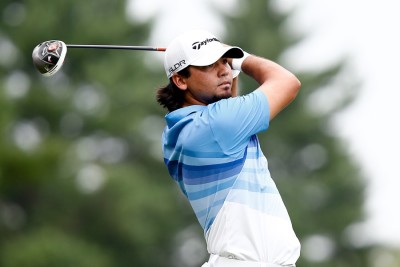 Day in 2013, photo by Debby Wong/Bigstock.com

Jason Day is an Australian professional golfer and PGA Tour member. He is nicknamed “J.D.,” “Jaydee,” and “Jay Day.”

He was born to an Irish Australian father, Alvin, and a Filipino mother, Dening. His mother moved to Australia in the early 1980s. His father died when Jason was twelve years old, due to stomach cancer.

Some of his relatives, including his grandmother, were killed in the Philippines typhoon Haiyan in 2013. After the disaster, he stated that part of him will be playing to win for the victims of the tragedy.

Jason is married to American, Ellie Harvey, with whom he has two children.