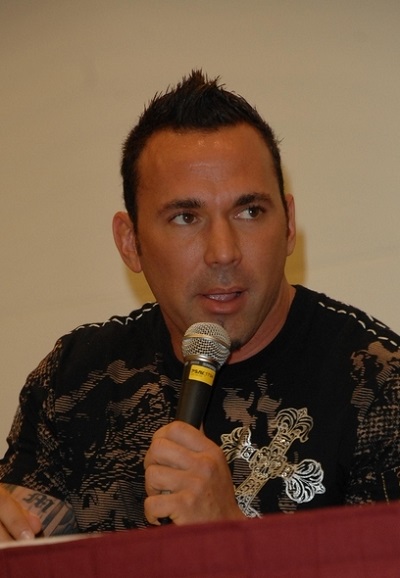 Jason David Frank was an American actor and mixed martial arts fighter. He played Tommy Oliver, originally the Green Ranger, in the Power Rangers franchise. He created his own form of American karate, Toso Kune Do.

Jason had three children with his first wife Shawna, and a daughter with his second wife Tammie.

Jason’s paternal grandmother was Elizabeth “Libby” Martin (the daughter of Charles H. Martin and Eula Carol Wood). Elizabeth was born in Ohio. Charles was the son of Frank W. Martin and Flora/Florilla Belle Turner. Eula was the daughter of Ebenezer Wood and Minerva Dell Rowling.