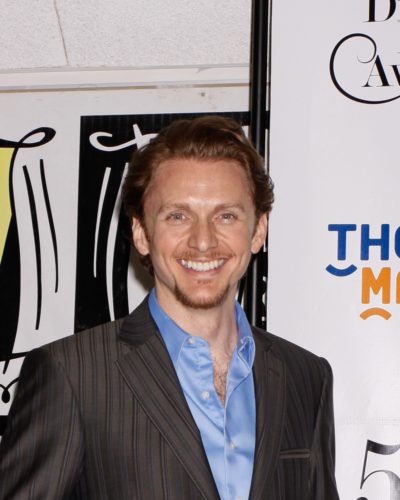 Jason is the son of Carole (Vickery) and Larry Dale Danieley. He is married to actress and singer Marin Mazzie.

Danieley is Irish. Probably from the north of Ireland. Pronunciation-wise, everyone wants to make me Italian.

Jason’s maternal grandfather was John A. Vickery (the son of Silas Vickery and Jane). Silas was born in Missouri. Jane was from Illinois.

Jason’s maternal grandmother was Reva A. Harrison (the daughter of Martin Andrew Harrison and Ella Viola Presswood). Martin was the son of Elmer Ellsworth Harrison and Mary Catherine Mead. Ella was the daughter of Harman Presswood and Elizabeth Garden, whose own parents were English.