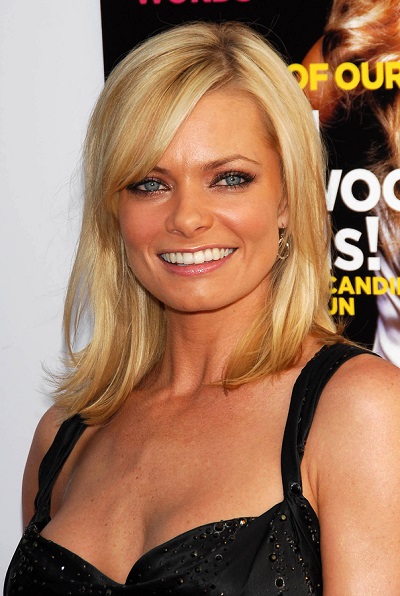 Pressly in 2006, photo by s_bukley/Bigstock.com

Jaime Pressly is an American actress, fashion designer, and model. She is known for her roles in the films Not Another Teen Movie, Torque, and I Love You, Man, and the series My Name Is Earl, among many other projects.

Jaime has a son with her former partner, DJ Eric Calvo, and two children with her partner Hamzi Hijazi.

Jaime’s paternal grandfather was Joseph Earl Pressley/Pressly (the son of John Sloan Pressley/Pressly and Tillie Margaret Willard/Williams). Joseph was born in North Carolina. John was the son of The Rev. Erskine Ebenezer Pressly and Hannah Elizabeth McDill. Tillie was the daughter of Joseph/Joe Redding Willard/Woolard and Lydia Stalling/Stallings.