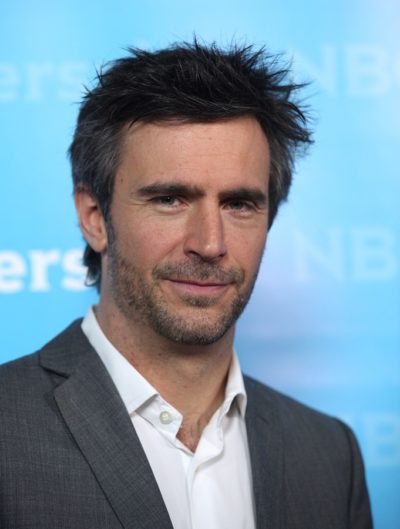 Davenport in 2012, photo by DFree/Bigstock.com

Jack Davenport is a British actor.

Jack is the son of Maria Aitken (Maria Penelope Katharine Aitken) and Nigel Davenport (Arthur Nigel Davenport), both actors. His father was born in Chesterton, Cambridgeshire, England, of English, and likely Scottish, ancestry. His mother was born in Dublin, Ireland, to a Canadian father, of Scottish, and some Northern Irish, descent, and an English mother, with distant Scottish roots.

Jack is married to Scottish actress Michelle Gomez, with whom he has a son.

Jack’s maternal grandfather was William Traven Aitken (the son of Joseph Magnus Aitkens and Katherine Margaret McAffee). William was Canadian. Joseph was the son of William Cuthbert Aitken, who was born in Torphichen, West Lothian, Scotland, and of Jane Noble, who was born in Canada, to a Northern Irish father and an American mother of Scottish descent. Jack’s great-grandmother Katherine was the daughter of John McAffee.

Sources: Genealogies of Jack Davenport (focusing on his mother’s side) – http://wc.rootsweb.ancestry.com
http://www.thepeerage.com

Genealogy of Jack’s mother (through her brother; focusing on her mother’s side) – http://www.starey.net