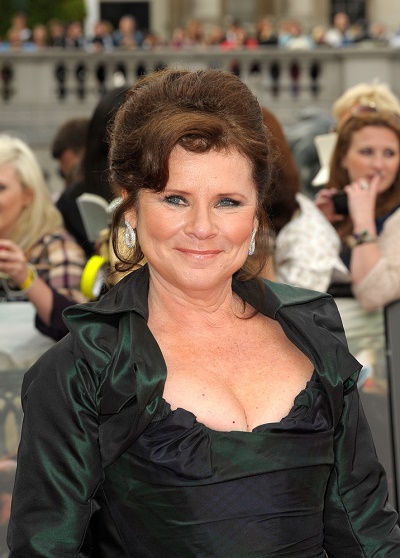 Staunton in 2011, photo by prphotos

Imelda Staunton is a British actress. She has had leading roles in Vera Drake, the Harry Potter franchise, Nanny McPhee, and My Family and Other Animals, among many other performances in film, stage, and television.

She was born in London. Her parents, Bridie (McNicholas) and Joseph Staunton, were Irish. Her father was from Ballyvary and her mother was from Bohola, both in County Mayo.

Imelda is married to actor Jim Carter, with whom she has a daughter.