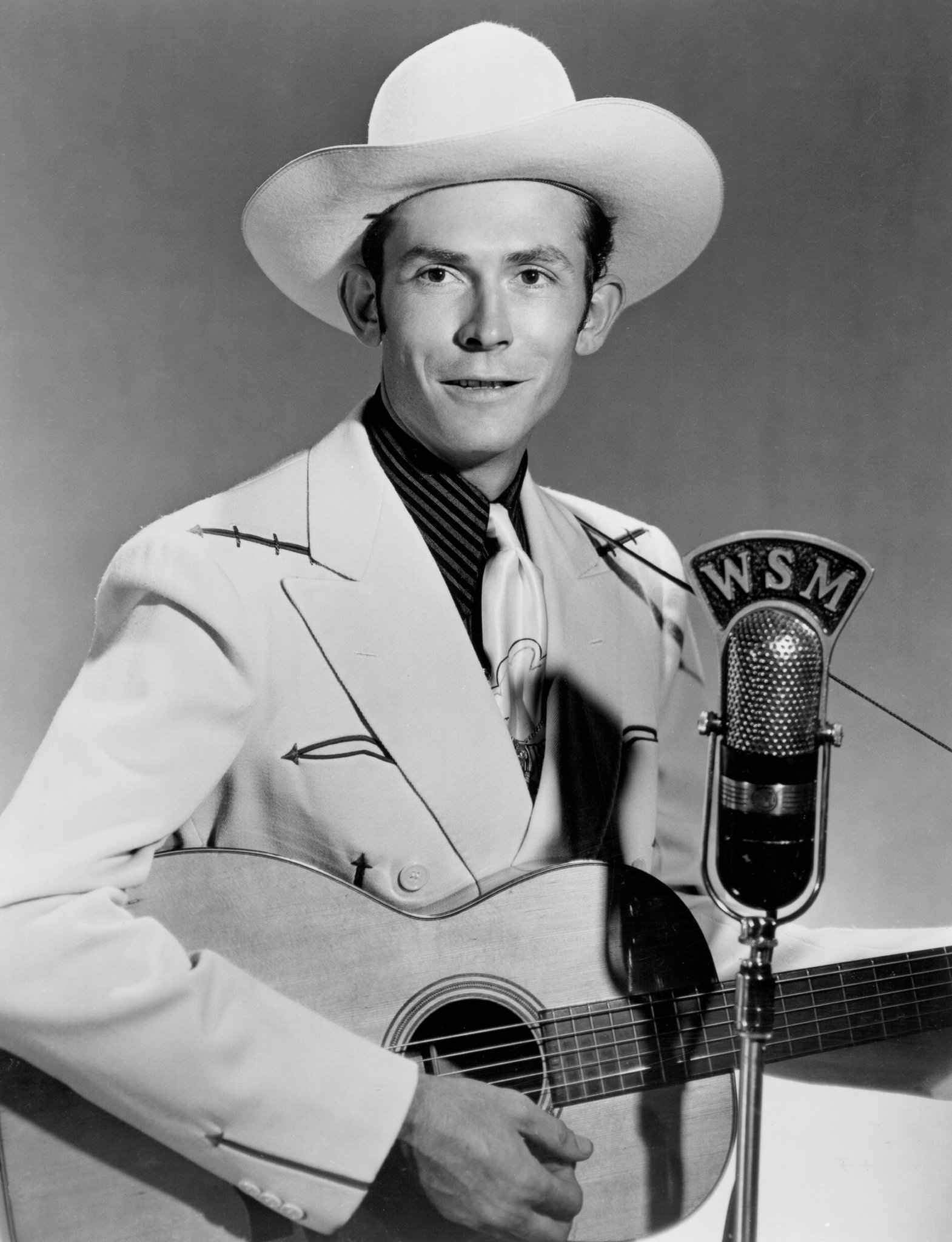 Hank Williams was an American singer, songwriter, and musician. He was also known as Luke the Drifter, The Hillbilly Shakespeare, The Singing Kid, Timber Snake, and Mr. Lovesick Blues.

He was the son of Jessie Lillybelle (Skipper) and Elonzo Huble Williams. He was married to country music performer Billie Jean Horton, until his death. He had a son, musician Hank Williams, Jr., with his former wife, musician Audrey Williams; and a daughter, singer and songwriter Jett Williams, with Bobbie Jett.

Hank’s paternal grandfather was Irvin Polk Williams (the son of Elijah H. Williams and Rachel Spinks). Irvin was born in Alabama. Rachel was the daughter of Isaac Spinks and Rachel Smith.

Hank’s paternal grandmother was Martha Ann Autry (the daughter of Robert A. Autry and Elizabeth “Betsy” Till). Martha was born in Alabama. Elizabeth was the daughter of Nicholas Till and Barbara Bruner/Boumer.

Hank’s maternal grandfather was John B. Skipper (the son of Nathaniel George Skipper and Rebecca Louise Morgan). John was born in Alabama. Nathaniel was the son of John Wiley Skipper and Elizabeth Lucy Demaris. Rebecca was the daughter of John William Morgan and Malinda Cook.

Hank’s maternal grandmother was Susan Abigail Dean (the daughter of John Ransom Dean/Deen and Martha C. Sims). Susan was born in Alabama. John was the son of Thomas Mastin Dean and Eliza Piggot.

Genealogy of Hank Williams (focusing on his father’s side) – http://wc.rootsweb.ancestry.com