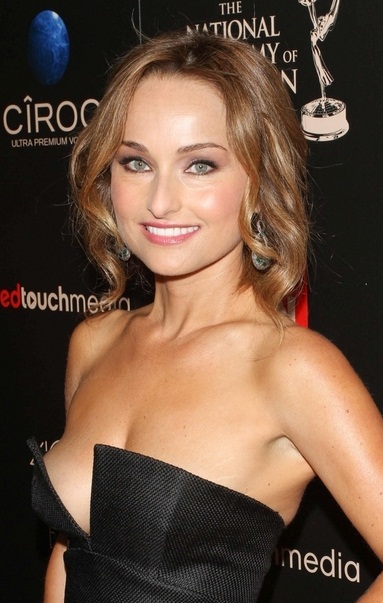 De Laurentiis in 2013, photo by PrPhotos

Ethnicity: Italian [including Sicilian], as well as one eighth English

Giada De Laurentiis is an Italian-born American chef, writer, and television personality. She has hosted the show Giada at Home since 2008.

She was born in Rome, Italy, and later moved to California, U.S. Giada is the daughter of Veronica De Laurentiis, an author and actress, and Alexander “Alex” De Benedetti, an actor and producer. Her father, who has roots in Turin, has English citizenship as well. The surname De Benedetti may have a Sephardi Jewish origin.

Giada has a daughter with her former husband, fashion designer Todd Thompson.

Giada’s maternal grandmother was actress Silvana Mangano (the daughter of Amadeo Mangano and Ivy Webb). Silvana was born in Rome, to a Sicilian father from Petralia Soprana, province of Palermo, and an English mother from Croydon.

Giada is a first cousin, once removed, of Aurelio De Laurentiis, who is also a prominent film producer.

Sources: Genealogy of Giada De Laurentiis (focusing on her mother’s side) – https://www.geni.com