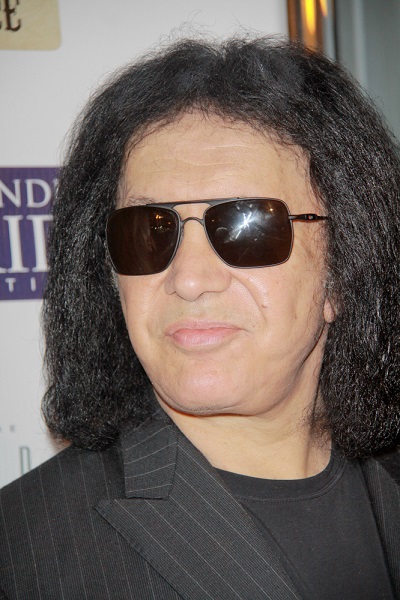 Gene was born in Israel, to Hungarian Jewish parents, Flóra “Florence” (Klein/Kovács), born in Jánd, Hungary, and Ferenc/Feri Yechiel Witz. With his mother, he emigrated to New York City, at eight years, speaking no English and settling in the Jackson Heights section of Queens. His father remained in Israel.

In the U.S., Gene changed his name to Eugene Klein (later Gene Klein), adopting his mother’s surname. Gene’s mother survived internment in Nazi concentration camps. She and her brother, Larry Klein, were the only members of the family to survive the Holocaust.

Gene is married to Canadian-born actress and model Shannon Tweed, with whom he has two children, writer and musician Nick Simmons and singer and television personality Sophie Simmons.

Gene’s maternal grandfather was Jeno Klein/Kovacs (the son of Máyér Klein and Regina Glück/Glueck). Jeno was born in Kántorjánosi, Mátészalkai, Szabolcs-Szatmár-Bereg, Hungary. He was killed in the Holocaust in 1944, in Auschwitz.

Gene’s maternal grandmother was Eszter Blau (the daughter of David Blau and Fáni Katz). Eszter was born in Fülöp, Hajdúhadházi, Hajdú-Bihar, Hungary. She was killed in the Holocaust in 1944, in Auschwitz. Fáni was the daughter of Lébi Katz and Regina Berger.

Source: Genealogy of Gene Simmons (focusing on his mother’s side) – http://www.geni.com