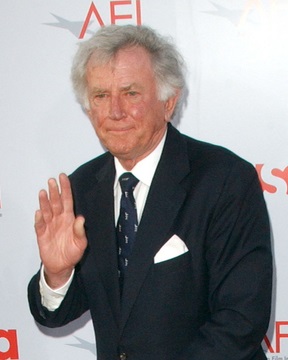 Gary Hart is an American politician, diplomat, lawyer, author, professor, and commentator. A member of the Democratic Party, he is the United States Special Envoy for Northern Ireland, having served in the position, since October 21, 2014. He was previously a U.S. Senator from Colorado, from January 3, 1975 to January 3, 1987.

He was a candidate for the Democratic Party’s nomination for President of the United States in 1984 and 1988.

Gary is the son of Nina L. (Pritchard) and Carl Riley Hartpence. His family changed the surname Hartpence to Hart in 1961. He is married to Lee Ludwig, with whom he has two children.

Gary’s patrilineal line can be traced back to Johannes Eberhart Pence, who was born, c. 1735, in Württemberg, Germany.

Gary’s paternal grandfather was George W. Hartpence (the son of Cyrus Hartpence and Martha Ann Rayburn). George was born in Missouri or Illinois. Cyrus was the son of James Bray Hartpence and Lucinda Riggs. Martha was the daughter of John Rader Rayburn and Mary McCoy.

Gary’s maternal grandfather was Willard Harrison Pritchard (the son of Phillip/Philip Pritchard and Lorraine Caroline McQuerry). Willard was born in Missouri. Lorraine was the daughter of James McQueary and Lillian Scott.

Gary’s maternal grandmother was Alice Clementine York (the daughter of James York and Martha Ellen Hobbes). Alice was born in Missouri. James was the son of Edwin York and Lucy Poindexter.