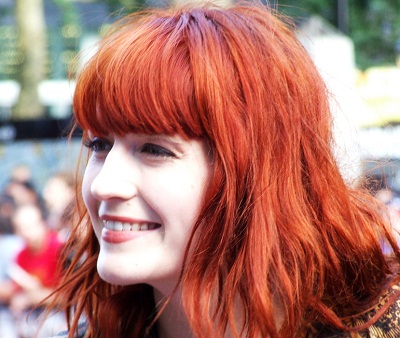 Welch in 2010, photo by Harveys Art/Bigstock.com

Florence Welch is an English singer, songwriter, and musician. She is the lead singer of the band Florence and the Machine.

Florence’s patrilineal ancestry can be traced back to her sixth great-grandfather, Matthew Welch.

Florence’s maternal grandmother was Ellen Kathleen Richards (the daughter of John Samuel Richards and Leontine Marie Subatch). Ellen was born in Methuen, Essex, Massachusetts. John was the son of a Belarusian Jewish emigrant, Herman Grejcer, later Richards, of Rechki, Vileyka, and of Effie C. Ainlay, who was of English and Irish descent, with parents from Ontario, Canada. Florence’s great-grandmother Leontine was the daughter of Anthony John Subatch, born Antanas Jonas Subačius, who was Lithuanian, from Ricieliai, Alytus; and of Leontine Cecelia Maney, who was born in Massachusetts, to Irish parents.