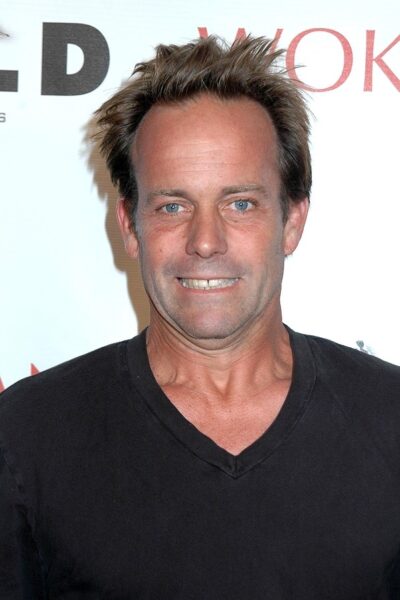 John Stockwell is an American actor, director, producer, writer, and model. He is known for his roles in Christine, City Limits, My Science Project, Radioactive Dreams, Dangerously Close, Losin’ It, Eddie and the Cruisers, and North and South, and for directing the films Crazy/Beautiful, Blue Crush, Into the Blue, and Turistas, among other works.

His sister is historian Evelyn Welch (born Samuels). His niece, her daughter, is English singer, songwriter, and musician Florence Welch. John is married to chef and caterer Helene Henderson, with whom he has three children.

John’s maternal grandfather was John Samuel Richards (the son of Herman Grejcer, later Richards, and Effie C. Ainlay). John’s grandfather John was born in Farnam, Nebraska. Herman was a Belarusian Jewish emigrant, from Rechki, Vileyka, the son of Samuel Grejcer and Hena. Effie was of English and Irish descent, the daughter of John Ainlay and Eliza Jane Walker, who were from Ontario, Canada.