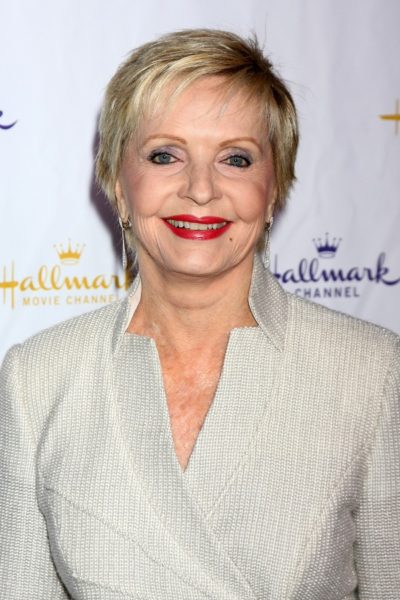 Henderson in 2013, photo by kathclick/Bigstock.com

Florence Henderson was an American actress and singer.

She was the daughter of Elizabeth Pauline (Elder) and Joseph Robert Henderson. She was married to hypnotherapist John George Kappas, until his death. She had four children with her former husband Ira Bernstein.

Florence’s paternal grandmother was Teresa Laha (the daughter of Daniel Laha and Catherine Holm). Teresa was born in Kentucky, to Irish parents.

Florence’s maternal grandfather was William Walter Elder (the son of Francis Xavier Elder and Margaret Molohon). William was born in Kentucky. Francis was the son of William W. Elder and Sarah Elizabeth Mattingly. Margaret was the daughter of James Molohon and Elizabeth Speake.

Florence’s maternal grandmother was Anna Justine Newton (the daughter of Henry Isaac Newton and Margarette Matilda Lewis). Anna was born in Kentucky. Henry was the son of Benedict Newton and Elizabeth Jane Cheshire. Margarette was the daughter of Joseph O. Lewis and Ann Nancy Hinton.