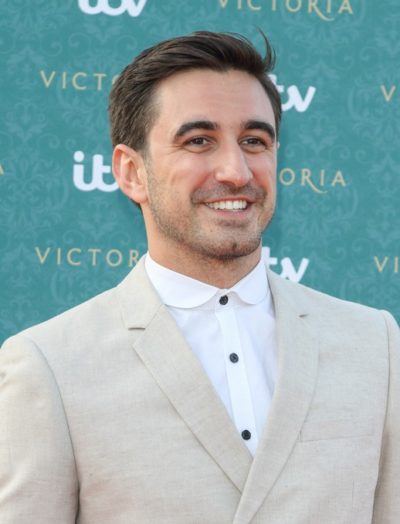 Kingsley in 2016, photo by www.prphotos.com

Ferdinand Kingsley is a British actor and musician. He is the son of actor Ben Kingsley and Alison Sutcliffe (Gillian Alison M. Sutcliffe), a theatre director and actress.

Ferdinand’s paternal grandmother was Anna Lyna/Annalyna Mary Goodman (the daughter of Agnes Marion Goodman). Anna was born in Northampton, Northamptonshire, England. It is not publicly known who Anna’s biological father was; it appears that he may have been of Jewish background. Ferdinand’s great-grandmother Agnes was of English background, and was the daughter of James Frederick Goodman and Anne/Anna Lena/Lyna Westley. Ferdinand’s great-grandparents were never married, and Ferdinand’s father Ben has stated that his mother had never met her own biological father.

Ferdinand’s father Ben has said that his own maternal grandmother told him that Ben’s own maternal grandfather was either a Russian Jew or a German Jew. Ben’s maternal grandmother was described by the newspaper The Independent in 2010 as “virulently anti-Semitic.” The newspaper quoted Ben as saying, “She resented the fact that she gave birth to my mother and then her Jewish lover disappeared, so it was a personal vendetta that came to include a whole race of people.”

In 1994, in an interview with Joe Pollack published in The St. Petersburg Times, Ferdinand’s father Ben stated, “there might be some Russian-Jewish heritage way back on my mother’s side, [but] the thread is so fine there’s no real evidence.”

In 2005, Ferdinand’s father Ben stated in an interview with The Jerusalem Post, about his maternal grandmother, “She was violently opposed to talking about this [his mother’s father], so my poor mother was at the receiving end of a rage attack every time my grandmother was asked about her husband, her lover, whoever it was, but it’s believed that he was a Russian Jew or a German Jew called Goodman.”

Sources: Genealogy of Ferdinand Kingsley (focusing on his father’s side) – https://www.geni.com