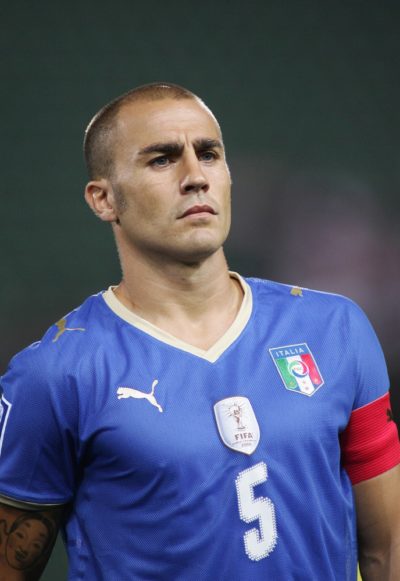 Cannavaro in 2008, photo by Prphotos

Fabio Cannavaro is an Italian professional footballer. He manages the Chinese club Tianjin Quanjian. Fabio won the 2006 FIFA World Cup as captain, and the 2006 Ballon D’Or, the biggest achievements in football.

Fabio is the son of Gelsomina Costanzo and Pasquale Cannavaro. His brother, Paolo Cannavaro, is also a professional footballer. He is married to Daniela Arenoso, with whom he has three children.