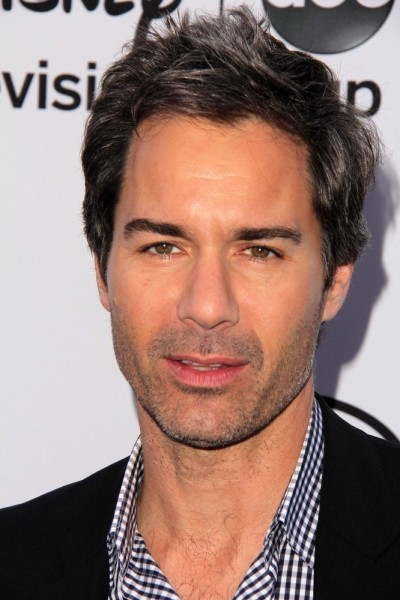 McCormack in 2013, photo by Prphotos.com

Eric McCormack is a Canadian/American actor, musician, and writer. He is known for starring in the series Will & Grace and Perception.

He is the son of Doris and Keith McCormack.

Eric is sometimes described as having Cherokee Native American ancestry, but on his Twitter account, when asked “Is it true that ur ancestry is Cherokee and Scottish?,” he replied, “No, the Cherokee stuff is made-up internet crap.”

Eric was born and raised in Canada. He also acquired U.S. citizenship in 1999, and is a dual citizen. Eric is married to Janet Holden, with whom he has one son.

Eric’s paternal grandmother was Grace Anna Middleton (the daughter of James Planderleigh/Plenderleith Middleton and Annie Maria Evans). Grace was born in Toronto. James was English, born in London. Annie was the daughter of Thomas Evans and Matilda Ross.

Sources: Genealogy of Eric’s father (focusing on his own mother’s side) – http://freepages.genealogy.rootsweb.ancestry.com