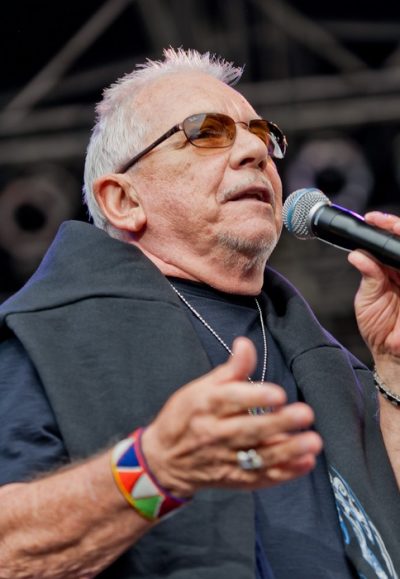 Eric Burdon is an English singer, songwriter, and actor. He was previously the singer of the rock band The Animals and the funk band War.

Eric is the son of Irene (Taylor) and Matthew Burdon. His father is English. His mother is Irish, and lived in Scotland before moving to England.