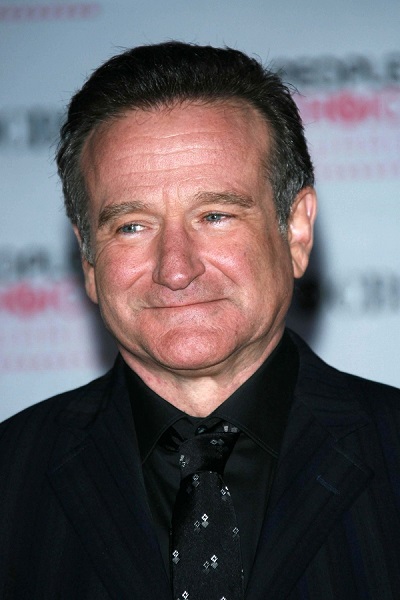 Robin Williams was an American comedian, actor, director, producer, writer, and singer. He won the Academy Award for Best Supporting Actor for Good Will Hunting (1997).

He was the son of Laura McLaurin (Janin; later Smith), a model, and Robert Fitzgerald Williams, a business executive. Robin had English, Welsh, Irish, Scottish, German, French, and remote Dutch, ancestry. He was raised an Episcopalian. Robin grew up in Lake Forest, Illinois, then Bloomfield Hills, Michigan, where the family lived in an old 30-room mansion; and finally Tiburon, California. Robin’s maternal great-great-grandfather, Anselm J. McLaurin (Anselm Joseph McLaurin), was a Democratic politician, who served as a U.S. Senator from Mississippi, from February 7, 1894 to March 4, 1895, and again, from March 4, 1901 to December 22, 1909, and Governor of Mississippi, from January 20, 1896 to January 16, 1900.