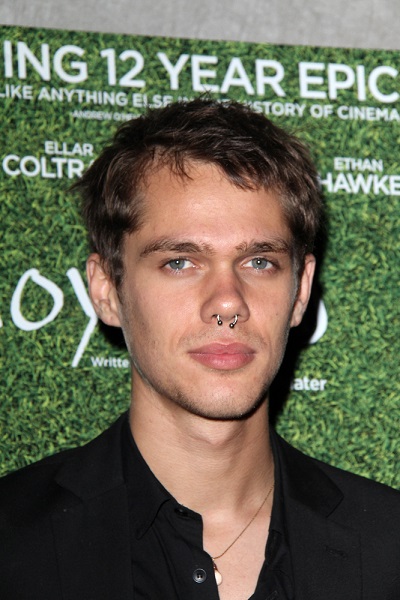 Coltrane in 2014, photo by Prphotos.com

Ellar Coltrane is an American actor and model. He is known for his starring role in the Richard Linklater film Boyhood (2014), and for the films Barry, The Circle, Summer Night, and Shoplifters of the World, among others. His birth surname, Salmon, originates in England. His father is musician Bruce Salmon.

Ellar’s paternal grandfather was Larmon Ray Salmon (the son of Charles Herman Salmon and Annie Pearl Hebert). Larmon was born in New Orleans, Louisiana. Charles was the son of Silas Anderson Salmon and Margaret Ann Rea/Rey. Annie was the daughter of Alexander P. Hebert and Alice Ballard, and was of Cajun (French) descent.

Genealogy of Ellar’s maternal great-grandfather, Girard Arnold William Kinney (focusing on his own father’s side) – http://worldconnect.rootsweb.ancestry.com