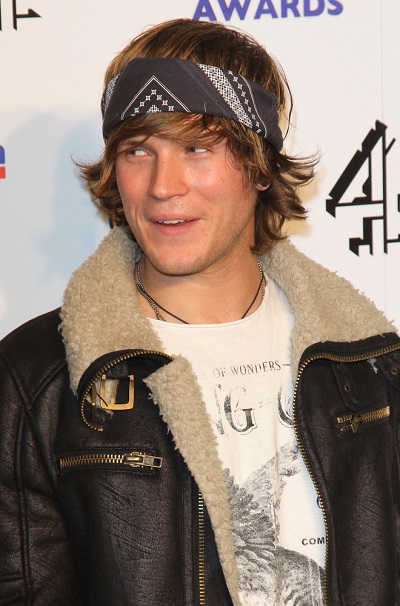 Poynter in 2011, photo by Prphotos.com

Dougie Poynter is an English musician, songwriter, fashion model, clothing designer, author, actor, and philanthropist. He is a member of the band McFly, along with Tom Fletcher, Danny Jones, and Harry Judd.

Dougie’s paternal grandfather is Ronald W. Poynter (the son of James Walter Poynter and Ivy Clara Hutchins). Ronald was born in Romford, Essex, England. James was the son of George Walter Poynter and Elizabeth Ann Keiff. Ivy was the daughter of David Hutchings and Clara Smith.