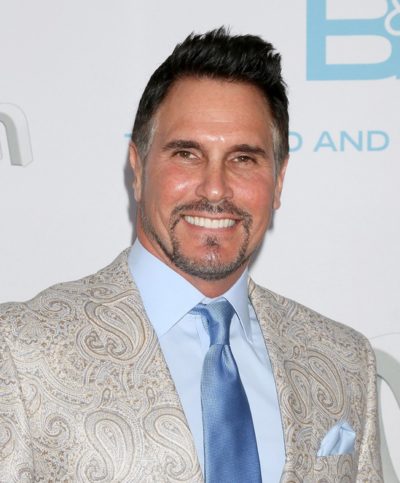 Diamont in 2017, photo by kathclick/Bigstock.com

Don Diamont is an American soap opera actor and model.

Don is the son of Judy Diamont and Albert Feinberg. He has said that he started using his mother’s maiden name because it was less Jewish sounding. In the August 15, 2006 edition of Soap Opera Digest, he discussed his Jewish background, saying that he did not fully embrace his Jewish heritage until later in life.

Don is married to actress and fashion designer Cindy Ambuehl. He has four children with his former wife Rachel Braun, and two children with Cindy. His son Zander has played college football (his son with Rachel).