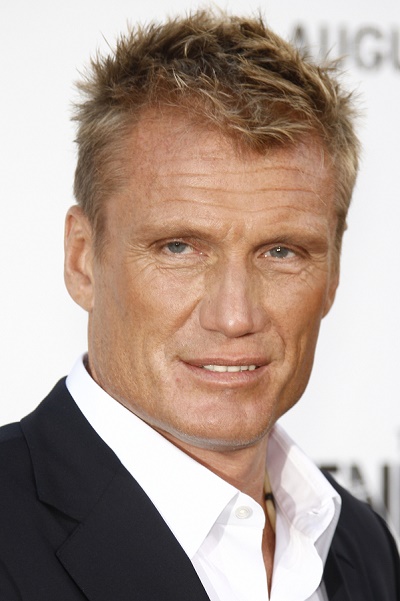 Dolph Lundgren is a Swedish-born actor, director, screenwriter, producer, and martial artist. He had his big break with the film Rocky IV (1985), playing Russian boxer Ivan Drago, a role he reprised in Creed II (2018). He holds a 3rd dan black belt in Kyokushin karate, and was European champion in 1980-81. His ancestry can be traced back in Sweden at least as far as the 1600s.

Dolph is the son of Sigrid Birgitta (Tjerneld), a language teacher, and Karl Johan Hugo Lundgren, an engineer and economist for the government. He was raised partly in Nyland, Ångermanland, where his grandparents lived. He has two children with his former wife, jewellery designer and fashion stylist Anette Qviberg.

Dolph’s paternal grandfather was Johan Magnus Lundgren (the son of Jonas Lundgren and Johanna Katrina Wilson). Johan was born in Domsjö Sågverk, Själevad. Jonas was the son of Johan Lundgren and Greta Kajsa Henriksdotter. Johanna was the daughter of Magnus Wilson and Stina Kajsa Myrén.

Dolph’s maternal grandmother was Dora Elisabet/Elisabeth Larsson (the daughter of Johannes Evang/Evan Larsson and Elin Josefina Larsson/Ersson). Dora was born in Mosstorp, Västra Vingåker. Johannes was the son of Lars Larsson and Kerstin Persdotter. Elin was the daughter of Lars Ericsson/Ersson and Anna Ericsdotter/Ersdotter.

Genealogy of Dolph Lundgren (focusing on his mother’s side) – https://www.geni.com