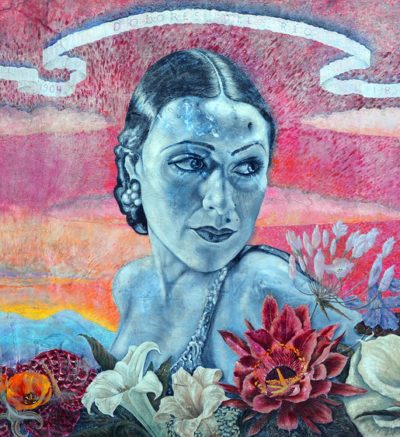 Dolores del Río was a Mexican and American actress. She was born in Durango City, Durango, Mexico, and began her career in American films in the 1920s.

Dolores’s paternal grandmother was Beatriz Jaques Maceyra (the daughter of Antonio Jaques Bermúdez and Carlota Maceyra Ortiz). Antonio was the son of Anastacio Jaques and Guadalupe Bermúdez. Carlota was the daughter of Gerónimo Maceyra Rodríguez and María Eligia Ortiz Samaniego.