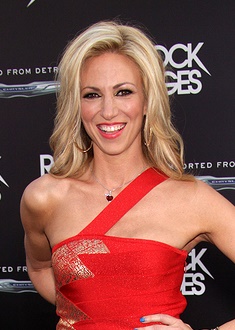 Gibson in 2012, photo by DFree/Bigstock.com

Debbie is the daughter of Diane and Joseph Gibson. She has said of her ancestry:

Italian/Sicilian and part German and possibly some Russian. My Dad was an orphan who was unsure of all his roots !

About her father’s surname, Gibson, she added, “Not his real name. It was Schultz. German. His mom remarried a GIBSON n changed his name but left him in orphanage😞” She has also said:

This year is like the Italian New York broads… A lot of people don’t know, I’m Italian… So, I’m nice until pushed, and my Italian temper can flare up a little bit.

She added that her maternal grandparents’ ancestry is “100%” Italian.