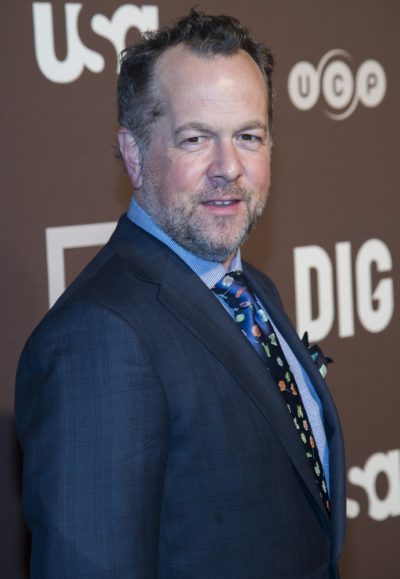 David Costabile is an American actor.

David is the son of Mary and Sal Costabile. David’s father is of Italian descent. David’s mother has Irish and German ancestry. David is married to Eliza Baldi, with whom he has two children.

David’s paternal grandmother was Maria/Mary Dodaro Fuoco/Fuocca (the daughter of Giovanni/John Dodaro and Antonia/Antoinetta Cozza). Maria was Italian. Antonia was the daughter of Antonio Cozza and Carmela Panogrosso.

David’s maternal grandfather was Raymond Joseph Lynch (the son of Albert Joseph Lynch and Teresa/Theresa Winebeck/Weinbeck). Raymond was born in Iowa. Albert was the son of Andrew Lynch, whose parents were Irish, and of Sarah McLaughlin, whose parents were also Irish. Theresa was born in Iowa, to German parents, Johannes/John Weinbeck and Anna Dühr.