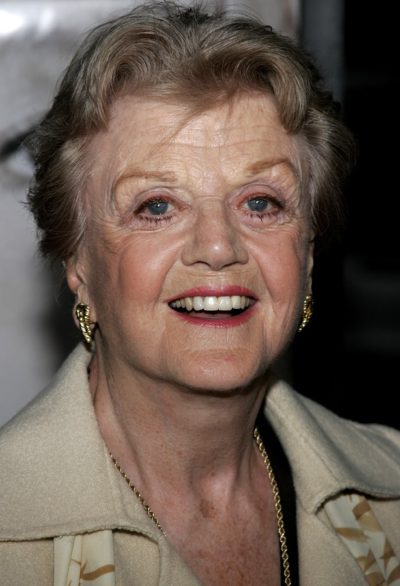 Lansbury in 2006, photo by Starfrenzy/Bigstock.com

Angela Lansbury was a British actress and singer. Her roles included Gaslight, The Picture of Dorian Gray, The Long, Hot Summer, The Dark at the Top of the Stairs, The Manchurian Candidate, The World of Henry Orient, Bedknobs and Broomsticks, Death on the Nile, The Mirror Crack’d, The Company of Wolves, Beauty and the Beast (1991), Anastasia, Nanny McPhee, and Murder, She Wrote, as well as many stageplays and musicals.

She was the daughter of merchant and politician Edgar Lansbury (Edgar Isaac Lansbury) and actress Moyna Macgill (born Charlotte Lillian McIldowie). Her father was born in Bow, London, England. He was a member of the Communist Party, and was Mayor of Poplar, from 1924 to 1925. Her grandfather, George Lansbury, was a politician, who was Leader of the Labour Party, and, as such, Leader of the Opposition in the U.K. Parliament, from 25 October, 1932 to 8 October, 1935, and a Member of Parliament for Bow and Bromley, from 3 December, 1910 to 26 November, 1912, and again, from 15 November, 1922 to 7 May, 1940. Angela’s mother was born in Belfast, Ireland. Angela’s father’s first wife, who died three years before Angela was born, was suffragette and alderman Minnie (Glassman) Lansbury.

Her aunts were political activists Dorothy Thurtle, who was a contraceptive and abortion rights activist, and Daisy Postgate. Her siblings were television producer and screenwriter Bruce Lansbury, and theatre, film, and television producer Edgar Lansbury, who were twins. Her niece, maternal half-sister’s daughter, is actress Tamara Ustinov, whose father was actor Peter Ustinov, Angela’s brother-in-law. Angela was a cousin of microbiologist and writer John Postgate, and animator, puppeteer, and writer Oliver Postgate, who were Daisy Postgate’s children. Angela was also said to have been a distant cousin of Australian feminist writer and academic Coral Lansbury, and of her son, Australian Prime Minister Malcolm Turnbull, though it is not clear if this genealogical relationship has been firmly established.