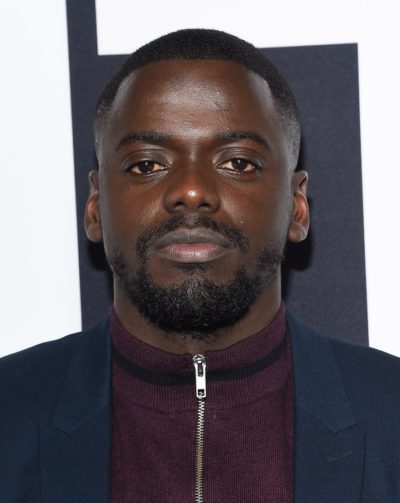 Kaluuya in 2017, photo by DFree/Bigstock.com

Daniel Kaluuya is a British actor and writer. He won the Academy Award for Best Supporting Actor for Judas and the Black Messiah at the 2021 ceremony, playing Fred Hampton. He is also known for starring as Chris in the horror film Get Out, and for his roles in Black Panther, Widows, Queen and Slim, and Nope.

Daniel was born in Camden, London. His parents, Damalie Namusoke and Stephen Kaluuya, are from Uganda. He was born Joseph Kaluuya, but later changed his named to Daniel, taking Joseph as his middle name. He was raised on a council estate.

I’m dark-skinned… When I’m around black people I’m made to feel “other” because I’m dark-skinned. I’ve had to wrestle with that, with people going “You’re too black.” Then I come to America and they say, “You’re not black enough.” I go to Uganda, I can’t speak the language. In India, I’m black. In the black community, I’m dark-skinned. In America, I’m British. Bro!

…This is the frustrating thing, bro—in order to prove that I can play this role [in Get Out], I have to open up about the trauma that I’ve experienced as a black person. I have to show off my struggle so that people accept that I’m black. No matter that every single room I go to I’m usually the darkest person there.