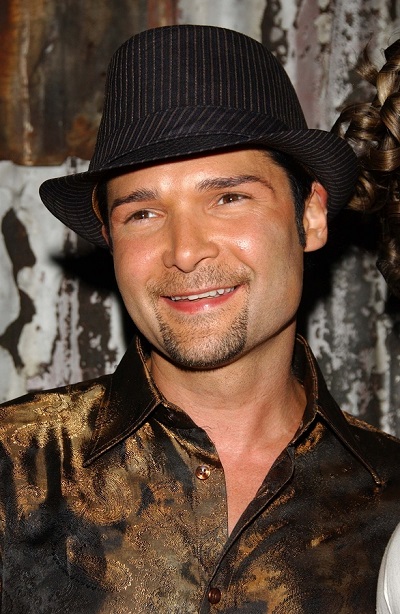 Feldman in 2006, photo by s_bukley/Bigstock.com

Corey Feldman is an American actor and singer. He often worked with actor Corey Haim, and they were together known as The Two Coreys.

He is the son of Sheila and Bob Feldman, a musician. He is from a Jewish family (from Romania, Russia, Belarus, and Poland). Corey is married to Courtney Anne Mitchell. He has a son with his former wife, model and actress Susie (Sprague) Feldman.