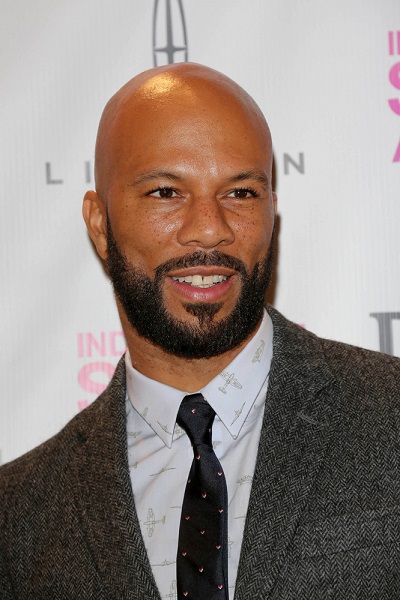 Common in 2012, photo by Prphotos.com

Common is an American hip-hop recording artist, actor, poet, and film producer. He was a member of rap trio C.D.R. He is the son of Lonnie Lynn, an NBA player and youth counsellor, and Mahalia Ann Hines, an educator. His parents were/are both black. Common has a daughter.

A picture of Common’s mother can be seen here.

He gained fame as a skilled and respected MC in the ’90s, releasing three albums, “Can I Borrow a Dollar?,” “Resurrection,” and “One Day It’ll All Make Sense.”

Common won the Academy Award for Best Original Song, along with John Legend, for their song “Glory,” from the film Selma (2014).

Common’s paternal grandmother was named Mabel/Mable Malone (the daughter of Charlie/Charles Malone and Millie Sanders/Saunders). Mabel was born in Tennessee. Her family was from Covington, TN.

Sources: Biographical article about Common’s father and his family – https://www.westword.com