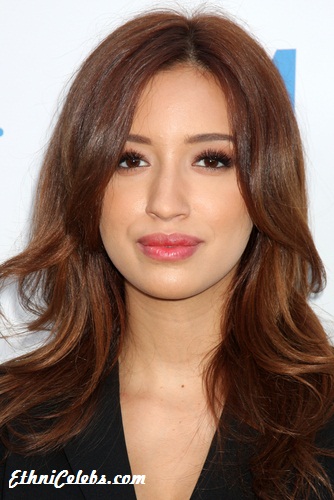 Christian Serratos is an American actress. She has played Angela in the Twilight films, and featured on the series Ned’s Declassified School Survival Guide, Hannah Montana, The Secret Life of the American Teenager, The Walking Dead, and Selena: The Series, among other works.

I grew up in Burbank (California). I was in a big family. My mom’s Mexican and my dad’s Italian, so there’s a bunch of us… At holidays we all get together for big feasts.

Christian has a daughter with her partner, singer David Boyd.