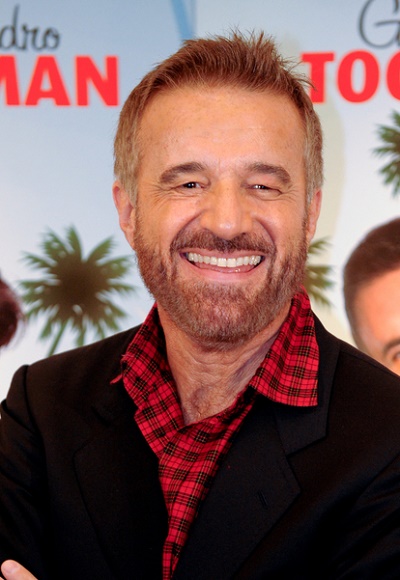 Christian De Sica is an Italian actor, director, scriptwriter, and singer. He is the son of prominent Italian director and actor Vittorio De Sica (Vittorio Domenico Stanislao Gaetano Sorano de Sica) and Spanish actress María Mercader (María Asunción Mercader Forcada). His father was of Campanian background. He is married to Silvia Verdone, with whom he has two children. Silvia is the sister of actor, screenwriter, and film director Carlo Verdone.