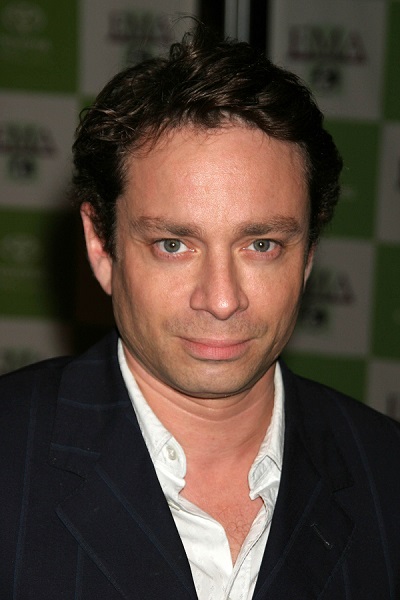 Kattan in 2006, photo by s_bukley/Bigstock.com

Chris Kattan is an American actor, comedian, and author. He is known for his roles in the films A Night at the Roxbury and House on Haunted Hill, and the show Saturday Night Live. His father, actor Kip King (born Jerome Charles Kattan), was of half Iraqi Jewish and half Polish Jewish ancestry. His mother, model Hajnalka E. Biró, is Hungarian (and a Buddhist by religion).

Chris’s paternal grandmother was Rebekka/Regina Honig (the daughter of Herman Honig and Charna Krigsfeld). Rebekka was born in Poland.

Chris’s maternal grandfather was Tibor Biró (the son of Pal Biró and Johanna/Janka Csonka). Tibor was born in Debrecen, Hungary. Pal was the son of János Nemes Biró and Zsuzsanna Szüts. Johanna was the daughter of Daniel Csonka and Sarolta Bészler.

Chris’s maternal grandmother was Margaret Eglmayer (the daughter of József Károly Eglmajer and Vilma Szabó). Margaret was born in Budapest, Hungary. József was the son of Károly Egelmaer and Borbála Andorfer. Vilma was the daughter of Mihály Szabó and Julianna Simig.

Sources: Genealogy of Chris Kattan (focusing on his father’s side) – https://www.geni.com