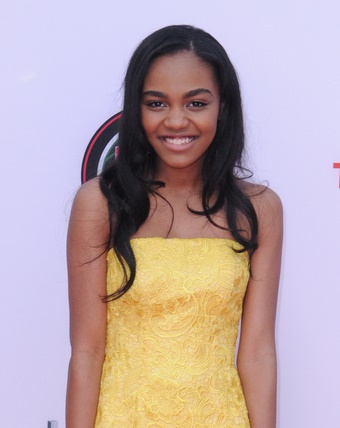 McClain in 2014, photo by Prphotos

China Anne McClain is an American actress, singer, songwriter, and dancer. She is a member of pop and R&B girl group Thriii, McClain, or 3mcclaingirls, along with her sisters, Sierra Aylina McClain and Lauryn Alisa McClain. Her acting roles include Daddy’s Little Girls, the Descendants films, Grown Ups and its sequel, and Hubie Halloween.

China is the daughter of Shontell, a songwriter, and Michael McClain, a music producer. Her sisters have also acted.