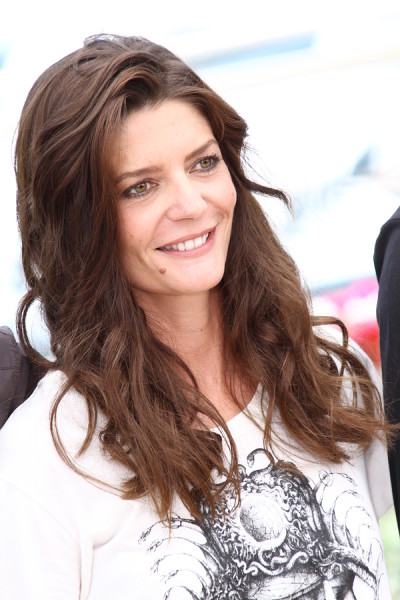 Mastroianni in 2011, photo by Denis Makarenko/bigstock.com

Chiara Mastroianni is a French-Italian actress and singer. Her roles include My Favorite Season, Prêt-à-Porter, and Time Regained, among many other films. She is the daughter of Italian actor Marcello Mastroianni and French actress, singer, model, and producer Catherine Deneuve. Her paternal uncle was editor Ruggero Mastroianni and her great-uncle was sculptor Umberto Mastroianni. Her maternal aunt was actress Françoise Dorléac.

Chiara’s maternal grandfather was Georges Maurice Edmond Dorléac (the son of Alphonse Dorleac and Berthe Marie Smout). Georges was born in Paris, Paris, Île-de-France, France. Alphonse was the son of Gabriel Jean Dorleac and Armance Landry. Berthe was the daughter of Rodolphe Smout and Alexandrine Jaquet.

Chiara’s paternal grandmother was typically cited in reference books as having been born Ida Irolle. There is a web rumor that Ida was born Ida Idelson, to a Jewish family, in Minsk, Belarus. Genealogy website Geni.com even lists Chiara’s grandmother as Ida Idelson, from Belarus. It is not clear if this claim is accurate.

Genealogy of Chiara’s father (focusing on his father’s side) – http://gw.geneanet.org