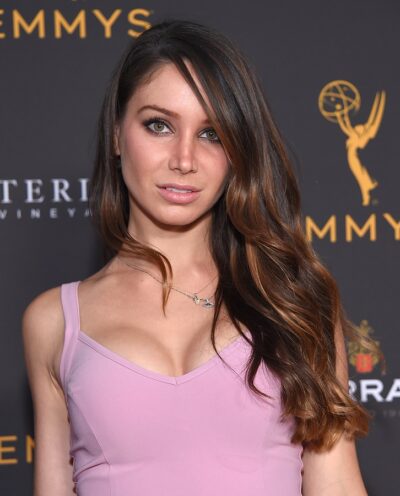 Celeste Fianna is a British-American actress, film and television producer, and real estate entrepreneur. She is known for her work on digital series The Bay.

Her father is American. Her mother was British. Her brother is actor, producer, and skateboarder Kristos Andrews. Regarding his ethnic background, Kristos has said:

The vast majority of my family lives in England, on my mom’s side, where they date back many generations of U.K. lineage, with fitting names like James, Thomas, Edward, Frederick, Francis, William and so on. […] My dad’s side is a few generations American but dates back to Austria and Poland. I’m proud of the combination I am.

He has also stated that he has some Greek ancestry.

Celeste’s paternal grandmother was Helen Ernestine Gombeda (the daughter of Andrew Gombeda and Anna Sotak). Helen was born in Pennsylvania, to parents from the Austro-Hungarian Empire, now Slovakia. Anna was the daughter of George Sotak/Szoták and Anna Koscelnik, who were from Velykyi Bereznyi, modern-day Ukraine, and were possibly Rusyn.