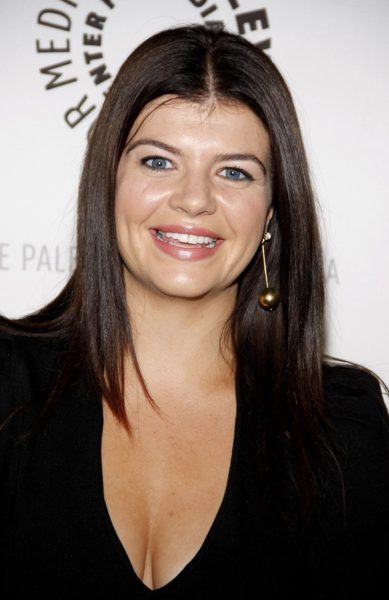 Wilson in 2011, photo by Starfrenzy/Bigstock.com

Casey Wilson is an American actress, comedian, and screenwriter. She is the daughter of Kathy Higdon, a women’s rights advocate, who served as chairwoman of the National Women’s Political Caucus, and Paul O. Wilson, a Republican political strategist and consultant. Casey is married to writer David Caspe, with whom she has two children.

Casey’s maternal grandfather was Marion A. Higdon (the son of Franklin Bets Higdon and Arie M. Powell). Franklin was the son of Charles Richard Higdon and Edna Mae Robinson. Arie was the daughter of Allen Benjamin Powell and Florence Edna Mashburn.

Casey’s maternal grandmother was Rita Castergine (the daughter of Joseph Castergine and Victoria Deanna/DiAnna). Rita was born in Rhode Island, of Italian descent.