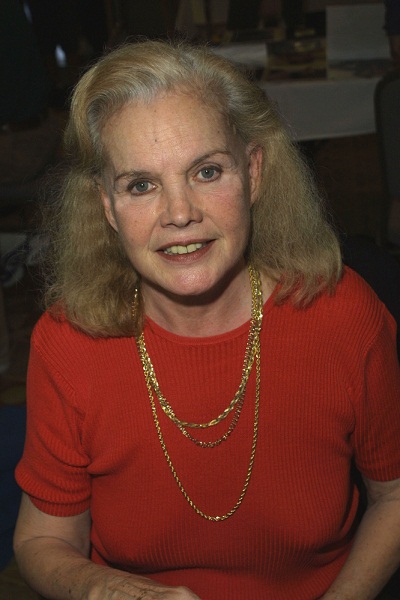 Carroll Baker is an American actress. She is known for her roles in Giant, Baby Doll, for which she received an Academy Award nomination, and Kindergarten Cop, among many other films.

She is the daughter of Gertrude/Virginia (Duffy) and William Watson Baker. She was married to English actor Donald Burton, until his death. She has two children, actress and filmmaker Blanche Baker and composer, librettist, and stage director Herschel Garfein, with her former husband, Czech-born film and theatre director, writer, and teacher Jack Garfein. Carroll converted to Judaism when she married Jack in 1955. They divorced in 1969.

There are claims on the internet that Carroll is of Polish descent. Many of these sources also state that Carroll’s birth name is Karolina Piekarski. These claims are not accurate.

Carroll’s paternal grandfather was Samuel Eugene Baker (the son of William W. Baker and Alice Cruse). Samuel was born in Pennsylvania. William was the son of William H. Baker, who was born in England, and of Margaret Warden. Alice was the daughter of Jacob Cruse and Elizabeth Glount/Glunt.

Carroll’s paternal grandmother was Oline M. Scanlan/Scanlon (the daughter of Edward Scanlan and Anna Buck). Oline was born in Pennsylvania.