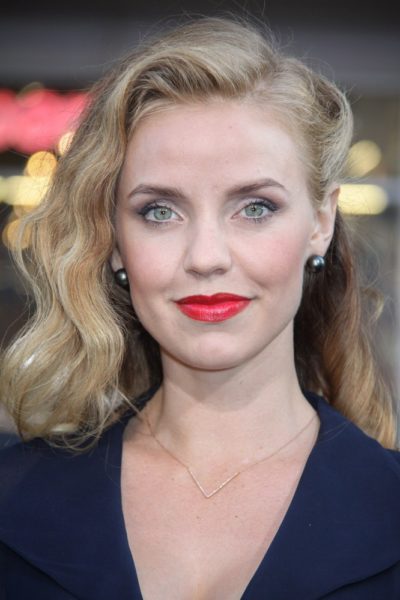 Kelli Garner is an American actress. She has appeared in the films Bully, Love Liza, The Aviator, Man of the House, Thumbsucker, Lars and the Real Girl, Normal Adolescent Behavior, G-Force, Horns, and The Secret Life of Marilyn Monroe.

She was raised in Newbury Park and Thousand Oaks.

Kelli’s paternal grandfather was Ray Thed Garner (the son of Theodore Meldon Garner and Ethel Mae Tabor). Ray was born in McCamey, Texas, and had deep roots in the U.S. Theodore was the son of Wyatt Franklin Garner and Martha Elizabeth Bradford. Ethel was the daughter of Simon Peter Tabor and Lillie Bell Holliday.

Kelli’s paternal grandmother was Bettye Junell Emmons (the daughter of Amos Eugene Emmons and Ruby Jewell Macom). Bettye was born in Oklahoma, and had deep roots in the U.S. Amos was the son of William Martin Emmons and Nancy Emma Ruddell. Ruby was the daughter of Leslie Grover Macom and Maudie Lee Hampton.