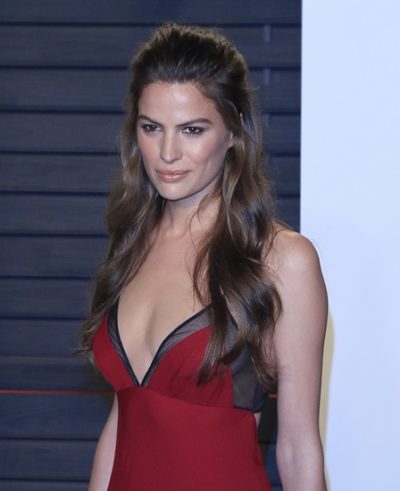 Russell in 2016, photo by kathclick/Bigstock.com

Cameron Russell is an American fashion model and activist.

Her mother, Robin Chase, is the founder and CEO of Buzzcar. Her father is Roy P. Russell, Jr. She has one son.

Cameron’s paternal grandfather is Roy Patterson Russell (the son of John Arthur Russell and Frances S. Ware). Roy was born in Hawaii. John was the son of Scottish father, John Wilson Russell, and American mother of Scottish and Irish descent, Marion Watson. Frances was the daughter of Frank S. Ware and Jennie Salmon.

Cameron’s paternal grandmother is Nancy Richmond Meyer (the daughter of Richmond Frederick Meyer and Margaret Elizabeth Smith). Nancy was born in New York. Cameron’s great-grandfather Richmond was the son of Ernest Meyer, whose parents were German, and of Mary Elizabeth Hardcastle, whose parents were English. Margaret was the daughter of Roscoe William Smith, whose mother was Irish, and of Ina Leslie Allen.

Genealogy of Cameron’s paternal grandmother, Nancy Richmond Meyer (focusing on her own mother’s side) – http://wc.rootsweb.ancestry.com