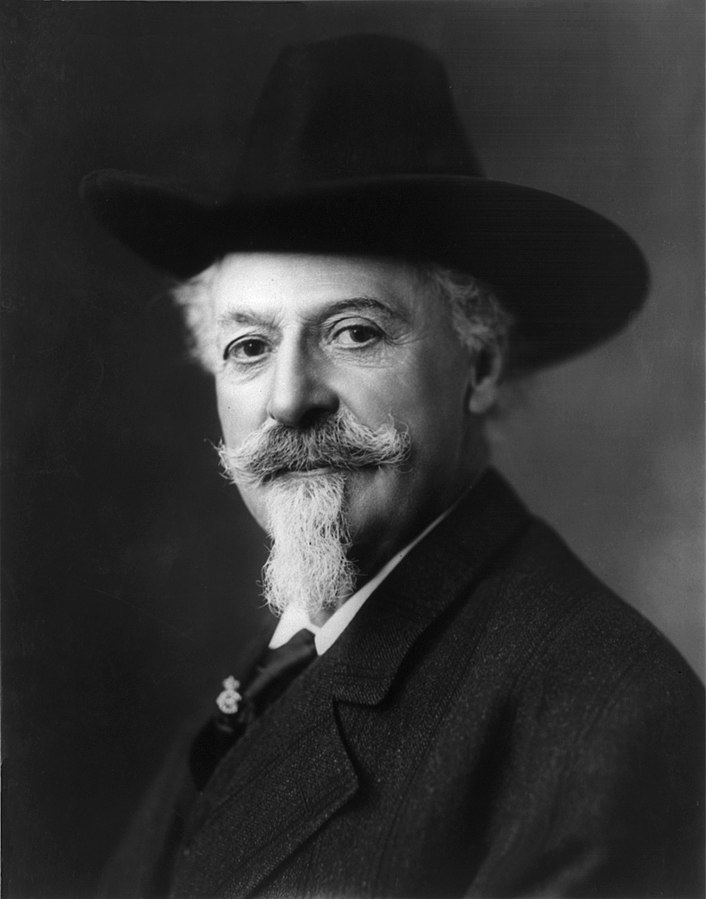 Buffalo Bill was an American soldier, scout, bison hunter, and showman. He founded Buffalo Bill’s Wild West shows, a circus-like attraction, in 1883, bringing his company on tours throughout the U.S. and Europe.

Buffalo Bill was the son of Mary Ann Bonsell (Laycock) and Isaac Cody. He was married to Louisa Frederici, until his death, with whom he had four children.

Buffalo Bill’s patrilineal line can be traced to Guillaume Lecaudey (1480-1568). Buffalo Bill’s ancestor, Philippe Lecaudey/Lescaude (1668-1743), emigrated from France to Massachusetts, U.S., and changed the surname to Cody, or Le Cody.

Buffalo Bill’s paternal grandmother was Lydia Martin (the daughter of Robert Martin and Elizabeth/Betsey/Betsy Lewis). Lydia was born in Connecticut. Elizabeth was the daughter of George Lewis and Susannah Hall.

Buffalo Bill’s maternal grandfather was Samuel Laycock (the son of Thomas Laycock and Hannah Bunting). Samuel was born in Pennsylvania. Thomas was born in Pennsylvania, the son of English parents, William Laycock, from Glusburn, and Hannah Hedley, from Bellerby. Buffalo Bill’s great-grandmother Hannah Bunting was the daughter of Samuel Bunting, from Matlock, Derbyshire, England, and of Sarah Fearne.