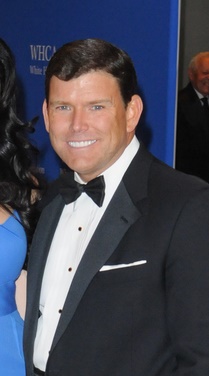 Bret Baier is an American television personality. He has hosted the show Special Report with Bret Baier since 2009. He is the chief political anchor for the Fox News Channel.

The surname Baier is German. He stated on his Twitter account that he is “German and Irish.” Bret is a practicing Catholic. He is married to Amy, with whom he has two children.

Bret’s maternal grandmother was Mary Elizabeth “Betty” Drennan (the daughter of Timothy Drennan and Kathrine). Mary Elizabeth was born in Scotland, to an Irish father and Scottish mother.