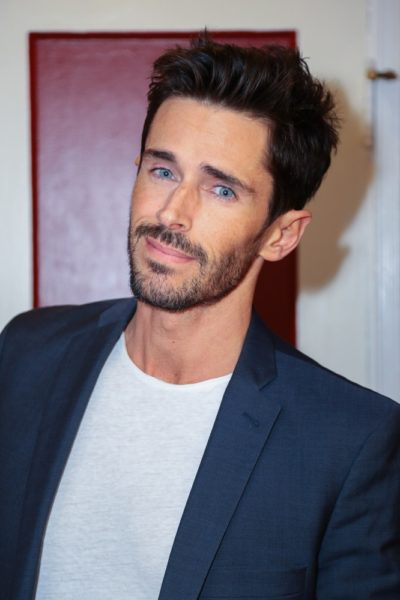 Brandon Beemer is an American actor and model. He is known for his roles on the soap operas Days of Our Lives and The Bold and the Beautiful.

I’m German and Irish. I think I have a little bit of Native American in me as well. I’m a mutt, basically.

Brandon’s paternal grandfather is Richard Leroy Beemer (the son of Alvy Eugene Beemer and Edna Julia McGlynn). Richard was born in Oregon. Alvy was the son of William Henry Beemer, who was a German emigrant, from Hanover, Lower Saxony, and of Margaretha A. Shotwell, who had deep roots in the U.S., and English ancestry. Edna was the daughter of Thomas J. McGlynn, whose father was Irish, and of Rose Gillan, who was a Scottish immigrant.

Brandon’s paternal grandmother was Georgia Faye Israel (the daughter of Clarence Richard Israel and Ruby Izora Marie Ryan). Georgia was born in Kansas. Clarence was the son of Kossuth Gustav Israel and Rosa Christine Krumrey, who were both the children of Protestant German immigrants. Ruby was the daughter of George Ephraim Ryan and Hazel A. Mitchell, who both had deep roots in the U.S., and were of mostly English ancestry.