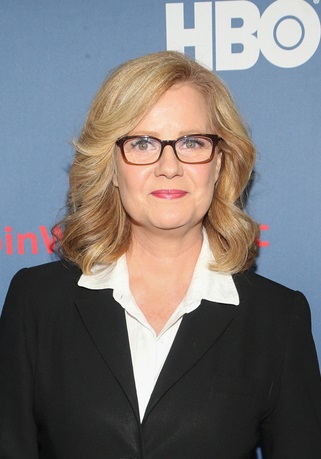 Bonnie Hunt is an American comedian, actress, director, producer, and writer. She has appeared in Beethoven, Cheaper by the Dozen, and Cars, as well as their sequels, and many other films and television shows. She was the host of The Bonnie Hunt Show from 2008 to 2010.

Bonnie is the daughter of Alice E. (Jatczak) and Robert Edward Hunt. Her father was of half Irish and half Belgian/Luxembourgish descent. Her mother’s family is Polish.

Bonnie’s paternal grandfather was Thomas M. Hunt (the son of Patrick Hunt and Elizabeth “Lizzie” Clossick). Thomas was born in Illinois, to Irish parents. Patrick was the son of Martin Hunt and Bridget Gallagher.

Sources: Genealogy of Bonnie Hunt (focusing on her father’s side) – http://worldconnect.rootsweb.ancestry.com