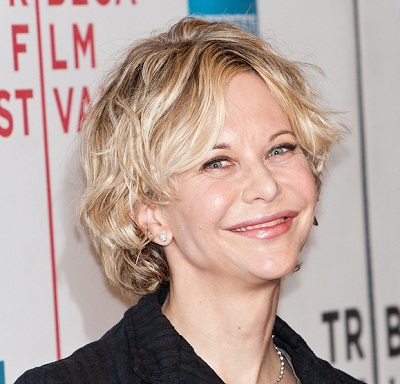 Ryan in 2009, photo by miromiro/Bigstock.com

Meg Ryan is an American actress, director, and producer. She is known for her roles in Sleepless in Seattle, When Harry Met Sally…, Joe Versus the Volcano, Courage Under Fire, When a Man Loves a Woman, I.Q., You’ve Got Mail, Top Gun, Innerspace, and Amityville 3-D, among other films.

Meg is the daughter of Susan, an actress and English teacher, and Harry Hyra, a math teacher. Her father is of half Rusyn/Ruthenian and half Polish ancestry. Her mother is of approximately three quarters Irish and one quarter German descent. Meg was born Margaret Mary Emily Hyra, and took on Anne as a confirmation name. Meg has a son, actor Jack Quaid, with her former husband, actor Dennis Quaid; and a daughter, that she adopted from China.

Genealogy of Meg Ryan (focusing on her father’s side) – https://www.geni.com