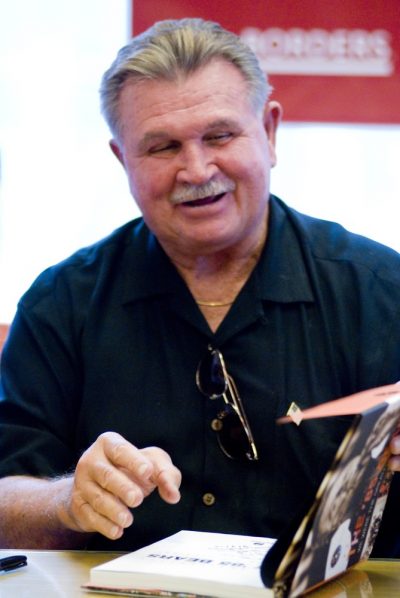 Mike Ditka is an American football player, coach, television commentator, and actor. He is a member of the College Football (1986) and Pro Football Hall of Fames (1988). He was the 1961 UPI NFL Rookie of Year, and a five-time Pro Bowl selection and five-time All-Pro tight end with the Chicago Bears, Philadelphia Eagles, and Dallas Cowboys of the National Football League (NFL).

Mike is the son of Charlotte and Michael Ditka. He is married to Diane Trantham. Mike has four children with his former wife Marge. Mike is a Roman Catholic and a member of the Knights of Columbus.

Mike’s paternal grandmother was named Bertha Bronislawa Bereznski. Bertha was born in Pennsylvania, and was of Polish descent.

Mike’s maternal grandfather was David Patten Keller (the son of David Peter Keller and Annetta Jane Lea). Mike’s great-grandfather David was the son of Peter Keller, who was of German descent, and of Sarah Jones. Annetta was the daughter of David Nelson Lea and Ellen Fryer.

Source: Genealogy of Mike’s mother (focusing on her father’s side) – https://www.findagrave.com