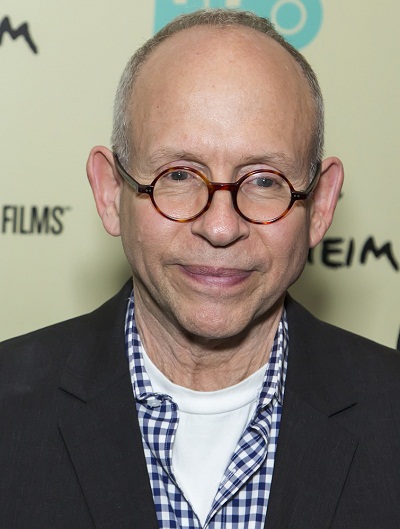 Balaban in 2013, photo by Prphotos.com

He is the son of Eleonore Ruth (Pottasch), an actress under the name Eleanor Barry, and of Elmer Balaban, a cable television pioneer and theatre owner. His father, and uncle Harry, founded H & E Balaban Corporation in Chicago, which operated movie palaces, including Chicago’s Esquire Theatre. His uncles also founded the Balaban and Katz Theatre circuit. Among his uncles were Barney Balaban, who was head of Paramount Pictures, from 1936 to 1964, and a cinema innovator; and prominent showman A. J. Balaban. He is a cousin of jazz tubist and sousaphonist Red Balaban, and actress and author Judy Balaban. He is married to Lynn Grossman, with whom he has two children.

Bob’s paternal grandfather was Israel “Isy” Balaban (the son of Levi/Levy/Yoina Leib Balaban and Clara Chavof). Israel was a Russian Jewish emigrant, who was born in Tiraspol, Transnistria, Moldova.

Bob’s maternal grandfather was Ludwig Pottasch (the son of Samuel Pottasch and Selma Clorneltzkn). Ludwig was a Jewish emigrant from Leipzig, Germany.

Bob’s maternal grandmother was Belle/Bella Blumenfeld (the daughter of David/Maximillian Blumenfeld and Mattie/Meta Sonnenshein). Belle was born in Illinois, to a Russian Jewish father and a Romanian Jewish mother. She re-married to Sam Katz, who was vice president at Metro-Goldwyn-Mayer, and president of the Publix theatre division of Paramount Pictures.