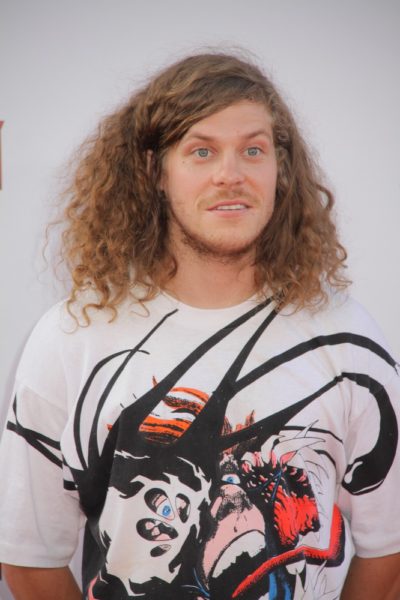 Anderson in 2015, photo by prphotos.com

He is a member of the comedy group Mail Order Comedy, along with Adam DeVine, Anders Holm, and Kyle Newacheck.

Blake has a daughter with his former wife Rachael Finley.

His mother is of three quarters German and one quarter Bohemian Czech descent.

Blake’s maternal grandmother was Mary Anne Heil (the daughter of William Charles Heil and Elizabeth Ann Kauffman). Blake’s grandmother Mary Anne was born in Iowa, and was of German descent, with roots in Baden-Württemberg. William was the son of Joseph Tobias Heil and Catherine Elisabeth Acks. Elizabeth was the daughter of Albert Anthony Kaufmann and Francisca Agnes Kaercher.