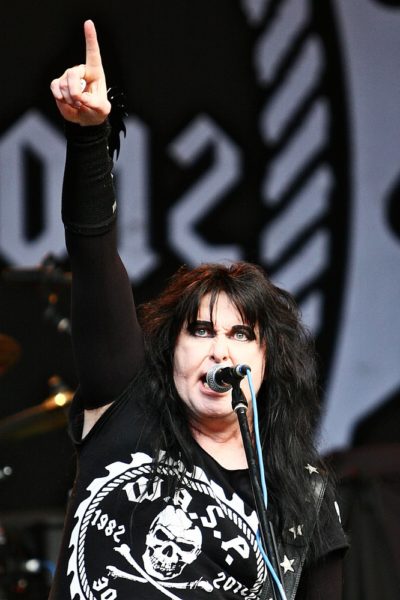 Blackie Lawless is an American singer, songwriter, musician, and actor. He is the lead singer, rhythm guitarist, and former bassist of the heavy metal band W.A.S.P.

Blackie is the son of Resella/Rosella Maxine (Dick) and William Edward Duren.

Blackie was raised a fundamentalist Baptist.

Blackie’s maternal grandmother was Fressie Gladys Owens/Leffel (the daughter of William A. “Billy” Owens and Reora Belle/Bell Russell). Fressie was born in Indiana. William was the son of George Casteel Owens and Sarah E. “Sallie” Perry. Reora was the daughter of Isaac Russell and Sarah/Sara Jane Smith.

Blackie has said that his great-great-grandfather was legendary general and politician Sam Houston. This does not appear to be accurate. Nor is Blackie a nephew of baseball player Ryne Duren.

It is not clear if any of these ancestral groups have been verified as having inhabited any branch of Blackie’s family tree.